The European Chamber of Commerce of the Philippines is a service-oriented organization whose main goal is to foster close economic ties and business relations between the Philippines and Europe. This is done through a wide range of business services provided, and by linkages created between companies, organizations, and individuals with existing or potential business interests in Europe and the Philippines.

In a bid to spur economic growth and recovery, President Duterte recently certified three economic bills as urgent to ease foreign investment restrictions in the country. The specific bills are the proposed amendments to the Public Service Act (PSA), Retail Trade Liberalization Act (RTLA), and Foreign Investments Act (FIA) all of which have received support from economic managers, industry associations and business groups, and development planners.

In this context, the European-Philippine business community is hosting a special online discussion with Senators Koko Pimentel and Grace Poe to walk us through the three priority bills and their broader implications to improve the country's investment climate and increase business confidence. The senior lawmaker will also take a closer look at the proposed next steps of the upper chamber in light of this development as well as other legislative updates and priorities of the Senate.

How to access the webinar: In a separate email, you will receive the link sent via Zoom.

Slots are limited and on a first-come, first-served basis. C-suite executives will be prioritized. 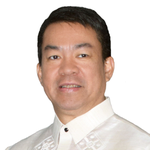 Chairperson at Senate Committee on Trade, Commerce, and Entrepreneurship

Chairperson at Senate Committee on Trade, Commerce, and Entrepreneurship

He is currently the Chairman of the Senate Committee on Trade, Commerce and Entrepreneurship and the Committee on Foreign Relations. He is also the Commission on Appointments’ Chairman for Committee on Justice and Judicial and Bar Council.

He became Senator in August 2011 after he won his election protest and was elected in the 2013 Elections, and again in 2019.

Senator Koko has been a member of the Partido Demokratiko Pilipino Lakas ng Bayan (PDP Laban) since 1982. He now holds the position of Executive Vice-Chairman of PDP Laban.

Senator Koko is a believer in Theism, Humanism, Democratic Socialism, Enlightened Nationalism, Consultative Democracy and an advocate of a Federal System of Government.

Senator Koko is together with the Filipino people in their clamor for Change, and in this regard he is guided by his mantra “The Poorest First!” and that we should “use our KOKOte!” in determining what is good for our country.

Thus, Senator Koko Pimentel calls on Filipinos to be productive citizens and positive force for change that will lead us to achieving our vision of a Philippine society which is JUST and FAIR, which SAVES and SHARES, which is SCIENTIFIC and OBJECTIVE, SAFE and PEACEFUL, EDUCATED and HEALTHY, DEMOCRATIC, and which is, most of all, HAPPY and FREE, with overflowing LOVE OF GOD and COUNTRY!

This ticket applies to companies and organizations that are members of Partner Chambers.

Priority will be given to C-level executives and ideally limited to 2 registrations per company.

NOTE: Non-members registering under this rate will be changed to "Non-member Rate" of PHP500.

This ticket applies to companies and organizations that are NOT members of ECCP and its Partner Chambers.

Priority will be given to C-level executives and ideally limited to 2 registrations per company.